Difference between revisions of "Raid Boss" 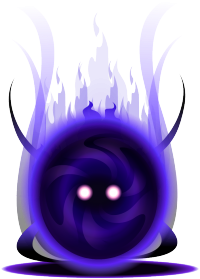 Raid Bosses are unusually powerful Heartless which are encountered after defeating approximately a set number of enemies; the specific number differs by player and can range from 68[?] to 84. Raid bosses only last 10 minutes before disappearing and cost zero AP to fight the first time. The Raid Boss spawned depends on which quest you last completed.

Raid bosses drop a sizeable amount of lux whenever damaged. Defeating them gives one or more random rewards, which can be viewed in advance by tapping the boss's image on the Quests screen. Every time you defeat a raid boss you summoned, it goes up a level. When you next encounter the raid boss, it'll be stronger, and will also give more lux as well as a chance at better medals compared to before. Each raid boss has its own individual level that resets at the end of the month.

If you fail to defeat the Raid Boss you have spawned, you may pay 10 AP to try to finish it off. Party members can also pay 10 AP to assist you for a chance at the shared rewards. Weak points will remain defeated for 3 minutes, during which the boss will begin the rematch stunned for the appropriate number of turns. This timer will be reset whenever a player fights the boss. When the stun wears off, defeated weak points will be revived with partial HP.

Rewards are granted based on the Raid Boss level, which Raid Boss you are facing, and meeting certain criteria.

Omega Raid Bosses are rare versions of each Raid Boss. They are more powerful and grant greater rewards, but follow all the same rules as normal Raid Bosses except that they have a twenty minute timer instead. Sometimes, their weak point will have different attributes. They are noticeably different visually, displaying an alternate color scheme compared to their lesser forms.

Much like their lesser counterparts, Omega Raid Bosses also have their own individual levels and increase in level as you defeat them.

If you have "Support Alerts" turned on in your settings, your phone will receive a push notification when a party member requests assistance with an Omega Raid Boss.

There is currently a campaign to test missions for Omega Raid frequencies, as it is clear that not all missions are made equal. Missions with exceptionally high rates are dubbed "Prime Omegas." When complete, the results will be uploaded here. To follow along and/or participate in the meantime, go to [1]this GameFAQs thread.