Wanted: Pretenders Only! in Kingdom Hearts Unchained χ is the second quest of the Daily Challenge series of Event Quests available from August 15 to 21, 2016. 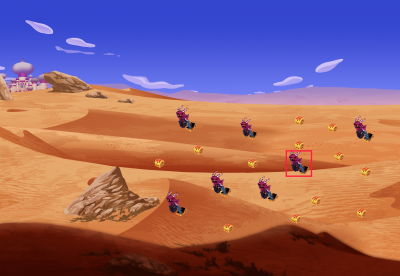 Location of the pretenders. Red box is target enemy.